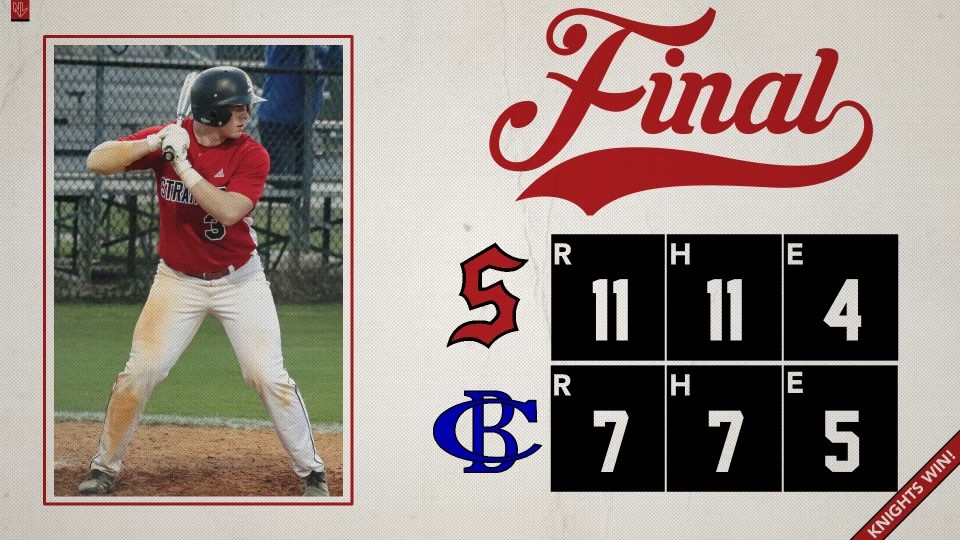 The Stratford Knights Varsity baseball team claimed an 11-7 victory on Friday, despite a big push by Cane Bay in the fourth inning. Cane Bay’s big inning was driven by singles by Miles Singleton and Ethan Dodson and a double by Cameron Avery.

Stratford collected 11 hits and Cane Bay had seven in the high-scoring affair. The Knights got on the board in the second inning and never trailed. The Knights would go up 9-1 after the top of the 4th when they scored seven runs.

The Knights Varsity were led at the plate by Bryce Robinson, Josh Davis, Brett Marrs, Cole Greer, Mason Lord, and Kling, all driving in runs in the frame. Greer picked up the win for Stratford in relief of Josh Davis who began the game on Wednesday before being postponed by rain. The righty surrendered seven runs, three earned on seven hits over four innings, striking out two. Thomas Kistler threw two innings in relief out of the bullpen.
Hunter Coleman took the loss for Cane Bay.
Stratford had 11 hits. Davis, Kling, Lord, and Nick Lott each racked up multiple hits for the Knights, with Lott, Lord, Kling, and Davis all having two hits a piece.